The city of Budapest, capital of Hungary, located on the Danube River consists of two separate centers: Buda on the west bank, Pest on the east bank, which in 1872 united into a single administrative unit. The origins of the town go back to the Roman period, when the legions of the future Emperor Augusts BC conquered the western part of the present-day Hungary in the year 35 and transformed into a Roman province named Pannonia.

Countless monuments and historical buildings are waiting to be discovered by you ! In the medieval Citadel are located the Royal Castle and the Matthias Church and in the city park is the Heldenplatz (Heroes’ Square). Today the most famous monument in Budapest is the Parliament on the banks of the Danube. From the hill you have a fantastic view, with an incredible collection of palaces, churches and monuments that have been declared by UNESCO a World Heritage Site.

Hungary has an important musical tradition and made many contributions to the fields of folk, popular and classic music. For example, Béla Bartók and Zoltán Kodály, two of Hungary’s most famous composers, are known for using folk themes in their music.

Zoltan Kodály’s unique method for musical education has been adapted to different cultures worldwide. Kodály was a pioneer establishing a multidisciplinary dialogue between musicology, philosophy, sociology and education. The practice and theory he had established was a powerful response to the prevailing social problems and needs of his time. As a musician and educator he devoted himself to the popularization of community music and choral singing, striving to build a better society.

Transport costs to and from Budapest are not included in the basic package. We advise you to travel by coach, more interesting cost-wise, when travelling from nearest neighbouring countries. We encourage you to check with your coach company if the various extra costs are included (toll, parking fees…) as well as all the transfers required on site in Budapest to make sure the festival goes smoothly. When coming from further countries, travel by plane (or by train) is obviously more adapted. In such a case we can take care of your transportation needs in Budapest (airport and/or train station transfers, transfer to the location of the concerts, sight-seeing, etc.). Please do not hesitate to ask for our price list.

Arrival in Budapest in the afternoon or evening. Greeting by your tour-leader and check-in at the hotel. Dinner at your hotel or in a restaurant. Night at the hotel.

Breakfast. Half day guided tour of Budapest. Panorama Sight-seeing cruise on the Danube with Welcome-Drink (ca. 1 hour) In the evening: a friendship concert will be organised with other choirs. These cultural and musical exchanges will be followed by a friendship drink. Return to the hotel. Dinner at your hotel.

Breakfast. Continue visiting the city of Budapest. Late in the afternoon the Closing concert will take place in a concert hall of Budapest and gather all the choirs. Each choir will perform 2 songs. Then, all the choirs will sing the final song together. After the concert, a typical Hungarian dinner with gipsy music will bring together all participants . Return to the hotel.

Breakfast in hotel and return home.

The choirs have the possibility, if they wish so, to attend a mass service in a church of Budapest on Sunday morning. If you are interested, please mention it on your enrolment form and we will try to fulfil your wishes. Info: For additional  performances an extra cost may be charged, depending on whether the group needs the services of a guide or not.

A choir from Budapest and surroundings will welcome 2 foreign choirs. Attending a friendship concert is a great  opportunity for the choirs to meet and share their mutual musical interest. These concerts take place in theatres, town halls, concert halls, conservatories or churches, in Budapest and surroundings. Each choir will perform his repertoire (ca. 25 minutes each choir). The choice of the repertoire is free, traditional songs from the different countries are however very much appreciated. The concerts will be followed by a friendship drink. Dates: Saturday evening Duration of the concert: ca. 1 ½ hours – usually 25 minutes per choir Repertoire: Free Rehearsal: At the hotel or if possible and by mutual agreement with the „host“ choir before and on the site of the concert location.

The closing Gala concert in honour of all participating choirs will take place in a concert hall of Budapest. Each choir will perform successively two songs. And at the end of the Gala Concert all choirs will sing together one common song. The musical score will be sent to the choirs a few months before the festival.
Dates: Sunday late afternoon or in the evening. Duration of concert: Approximately 2 hours Duration of the performance: 2 songs each choir Repertoire: free choice,  traditional songs from the different countries are however very much appreciated. Rehearsal: at the hotel. It is not possible on site before the beginning of the concert ! Piano: E-Piano will be at your disposal.

At the end of the concert all participating choirs will go for dinner together in a typical Hungarian restaurant with music. This valuable moment will allow the participants to enjoy a little longer the feeling of sharing and good mood of the final concert and especially to make contacts with the other choirs in a friendly and festive atmosphere. 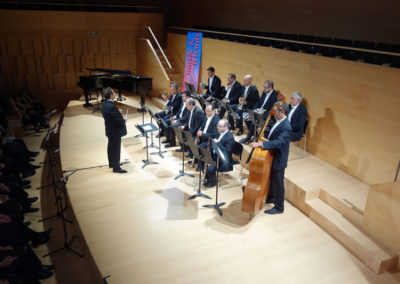 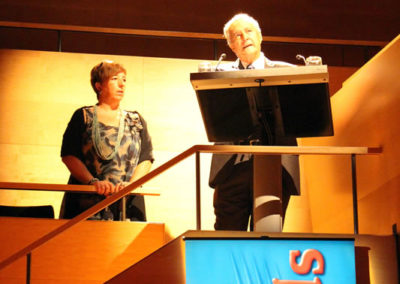 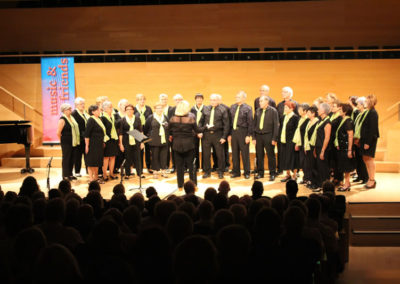 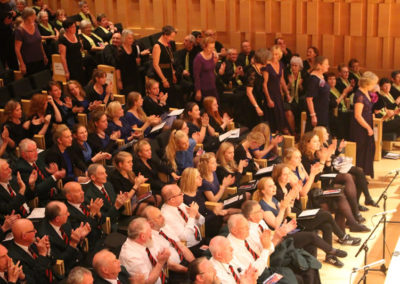 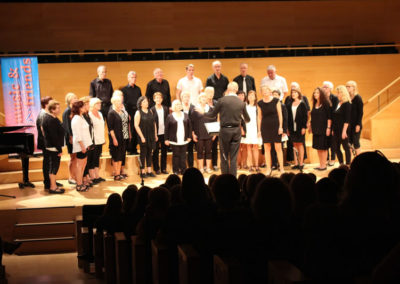 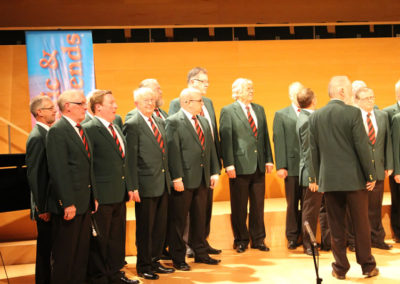 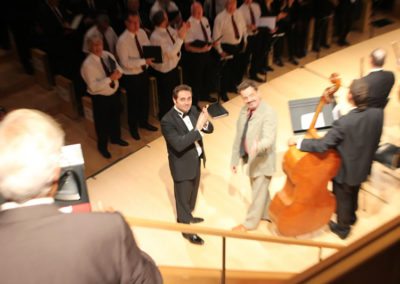 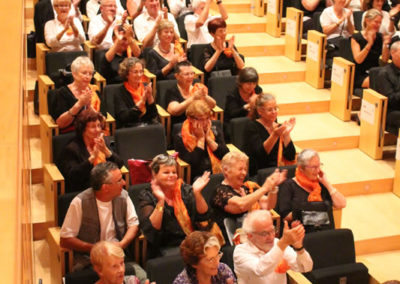 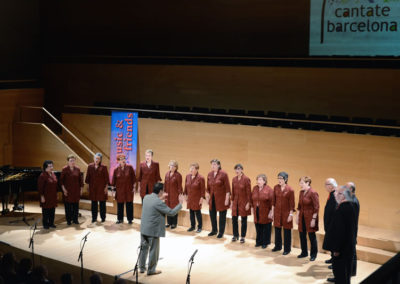 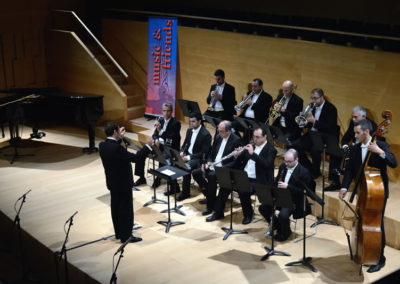 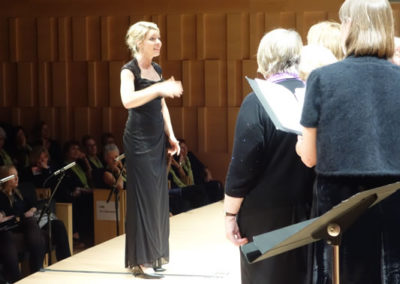 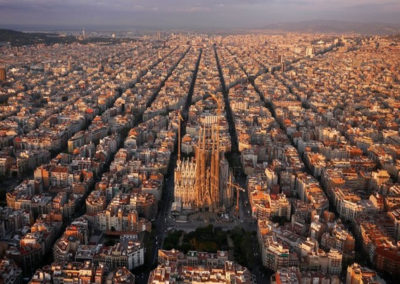 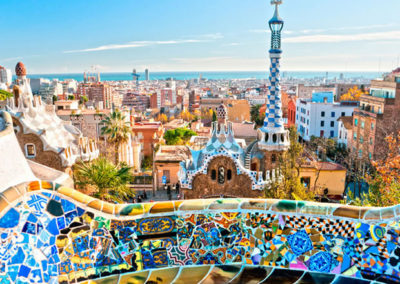 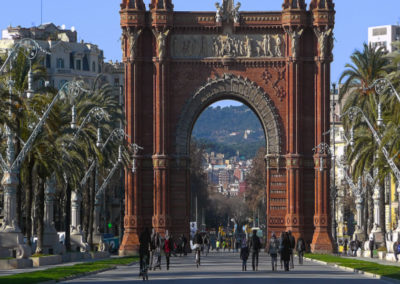 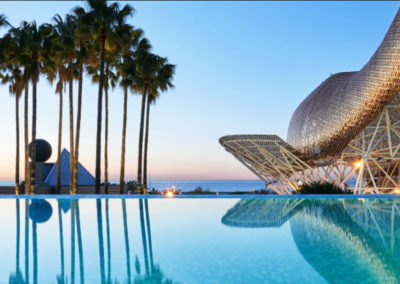 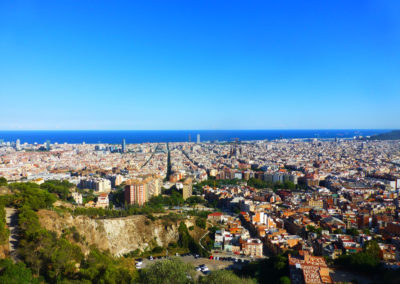